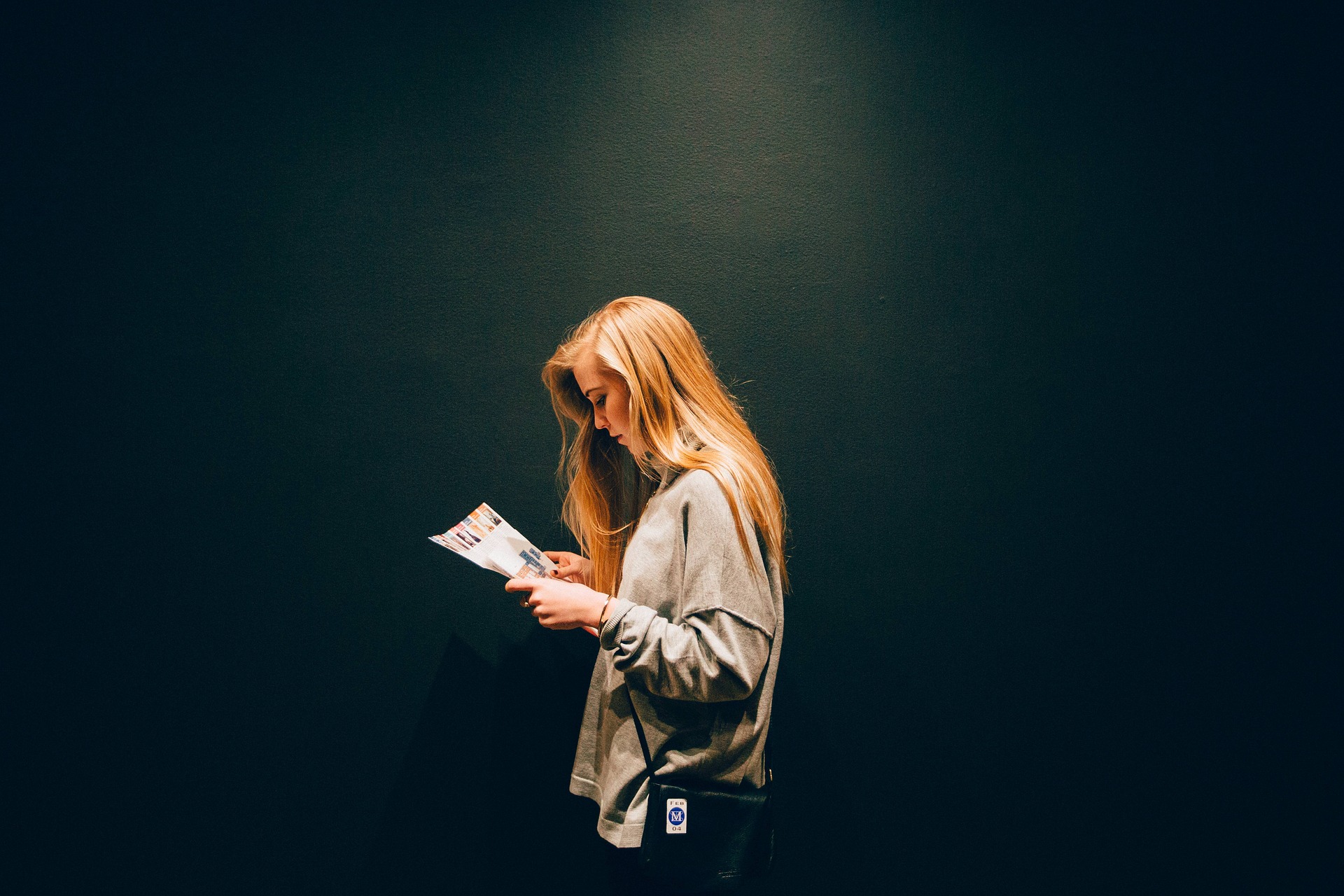 Optimizers, such as momentum (Polyak, 1964), AdaGrad (Duchi et al., 2011), RMSProp (Tieleman & Hinton, 2012), or Adam (Kingma & Ba, 2014), are algorithms underlying in nearly all machine learning. Combined with the loss function, they are the key pieces that enable machine learning to work. These algorithms use simple update rules derived from intuitive mechanisms and theoretical principles, a mathematical way of measuring how wrong your predictions are, and tune it to become better.

Researchers have used common optimization techniques to tune optimizers over the years–techniques such as momentum, gradient clipping, learning rate schedules, and learning rate adaptation. These are intuitive mechanisms that have been shown to help minimize the loss function over parameters.

Are learned optimizers only learning a clever combination of known techniques? Or have they discovered fundamentally new behaviors that have not yet been proposed in the optimization literature?

This Google Brain research team attempts to shed some light on the matter. The team developed tools for isolating and elucidating mechanisms in nonlinear, high-dimensional learned optimization algorithms. This paper, Reverse engineering learned optimizers reveals known and novel mechanisms, is currently under review for ICLR 2021.

The researchers trained the learned optimizers on three tasks that are fast to train, which is particularly important for meta-optimization, and covered a range of loss surfaces (convex and non-convex, high and low dimensional). The tasks are:

They compare the performance of learned optimizer against tuned baseline optimizers, RMSProp, Momentum, and Adam. 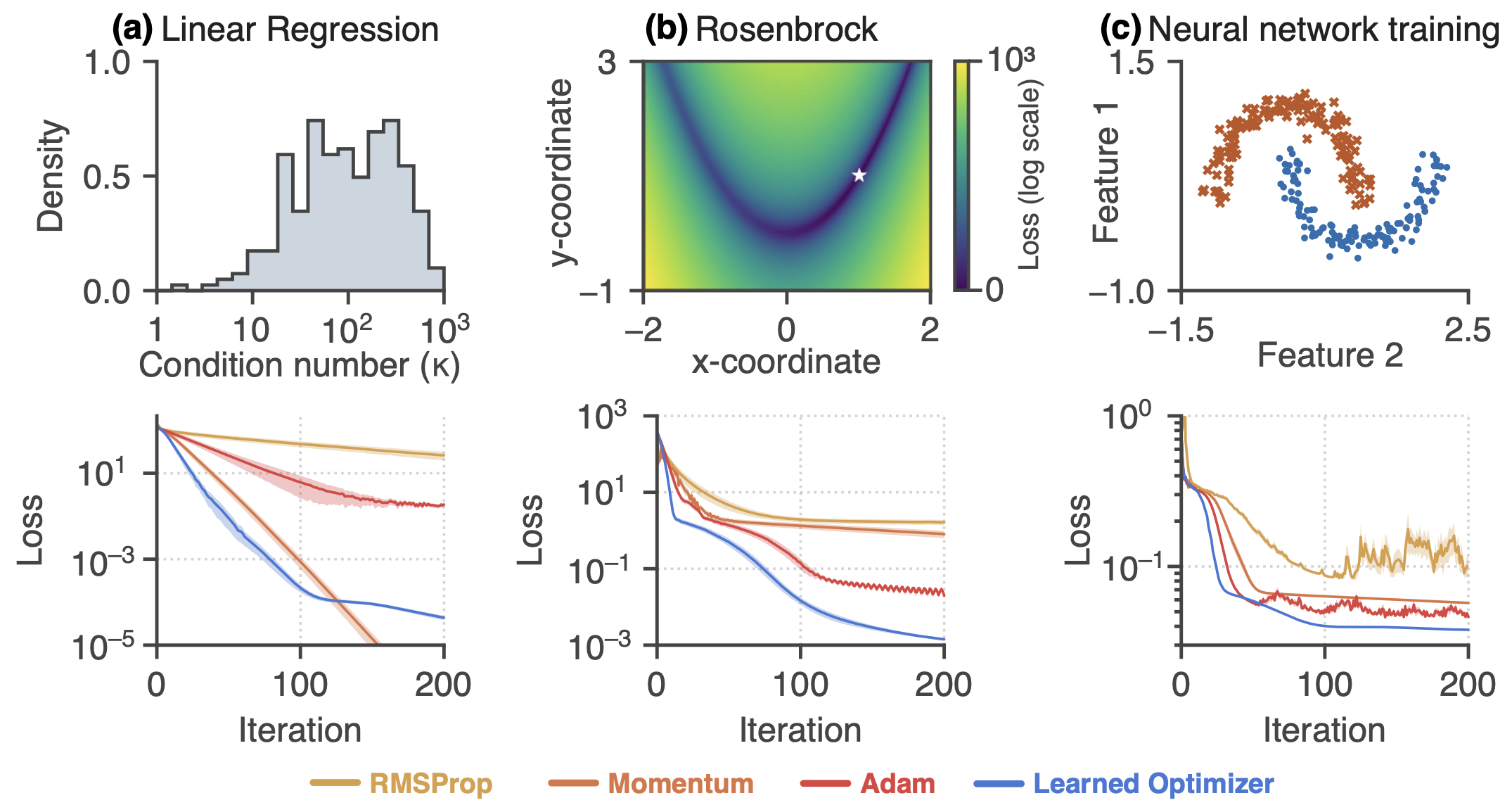 The optimizers performance shown in the loss curves is the mean, standard deviation error over 128 random seeds. The learned optimizers outperform the three well-tuned optimizers on all three tasks.

In the experiment, each optimizer converges to a single global fixed point of the dynamic. The authors discovered that learned optimizers implement momentum using approximate linear dynamics. While they analyze the best performing learned optimizer, there is a learned optimizer on linear regression tasks with slightly worse performance but strongly resembled classical momentum. It recovered the optimal momentum parameters for that particular task distribution. 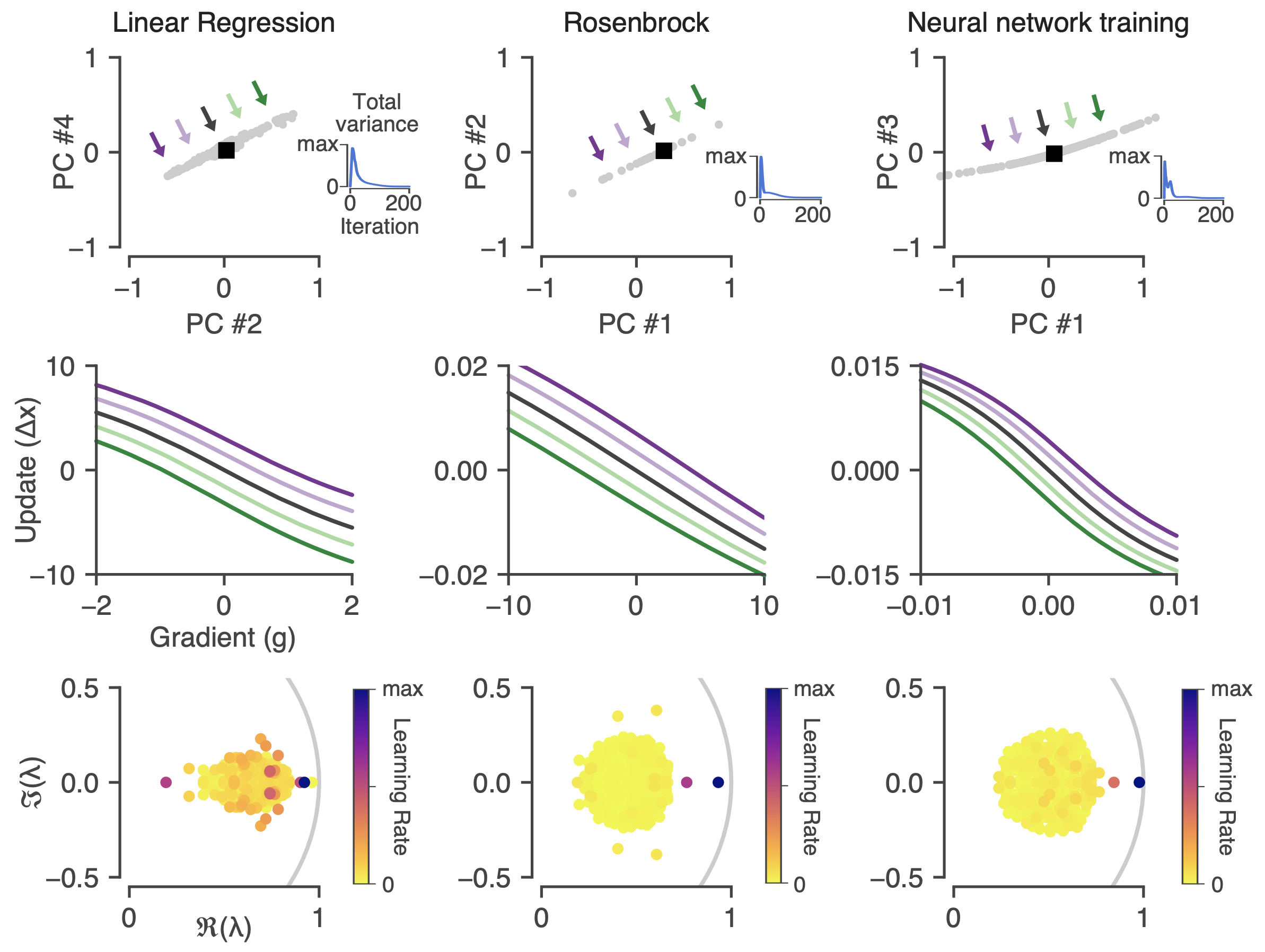 Momentum in learned optimizers. Top row: Projection of the optimizer state around a convergence point. Middle row: Visualization of the update functions along the slow mode of the dynamics. Bottom row: Eigenvalues of the linearized optimizer dynamics at the convergence fixed point plotted in the complex plane. [source]

Gradient clipping in a learned optimizer. Top row: The update function computed at the initial state saturates for large gradient magnitudes. The effect of this is similar to that of gradient clipping. Bottom row: The empirical density of encountered gradients for each task. [source] 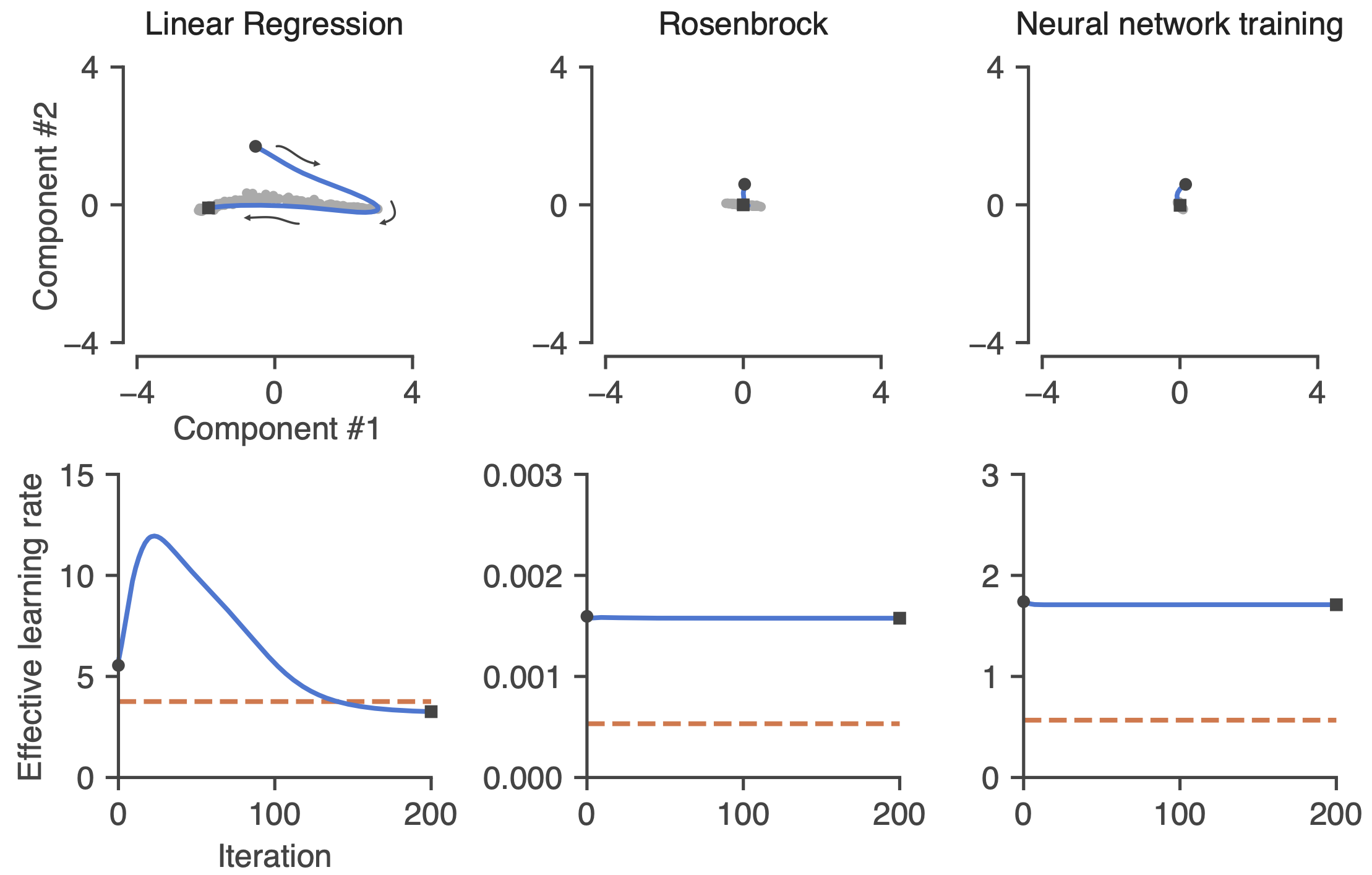 The purpose of learning rate adaptation is to decrease the optimizer’s learning rate when large gradients are encountered. This works by changing the fixed points in the system, depending on the current gradient. The authors found that these points form an S-curve across all tasks; one arm of the curve corresponds to negative gradients, while another corresponds to the positive gradients. The slope of the update function is similar to the changes observed as the RMSProp state varies. This allows the optimizer to increase its learning rate for smaller gradient magnitudes. 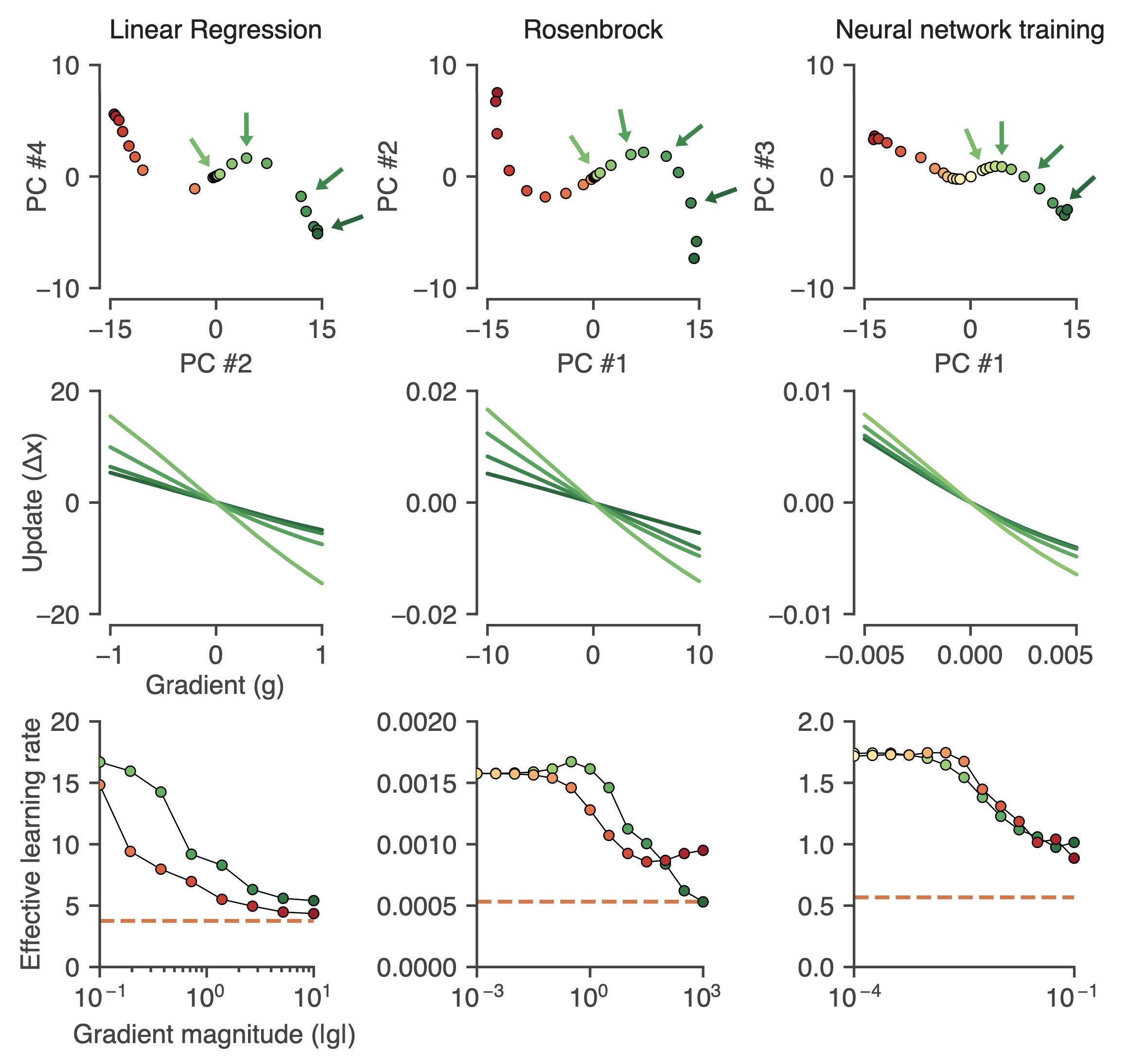 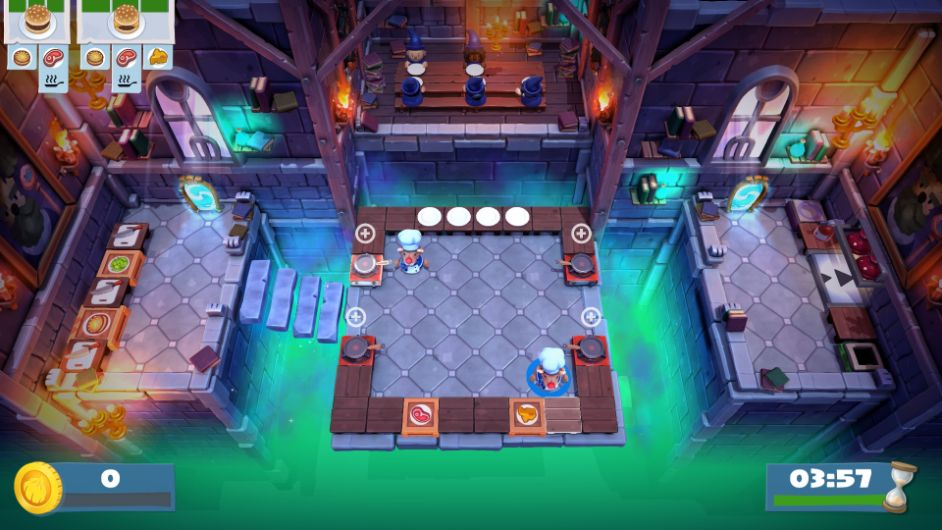 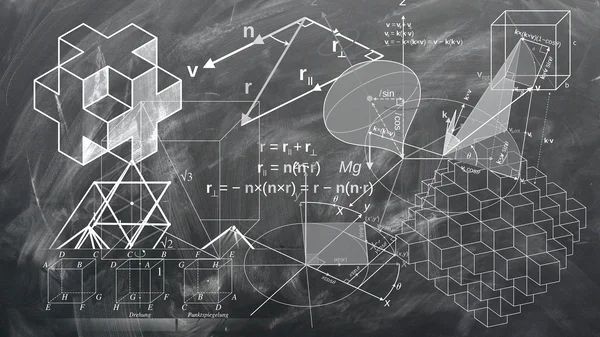