Why Linear Regression is not suitable for Classification 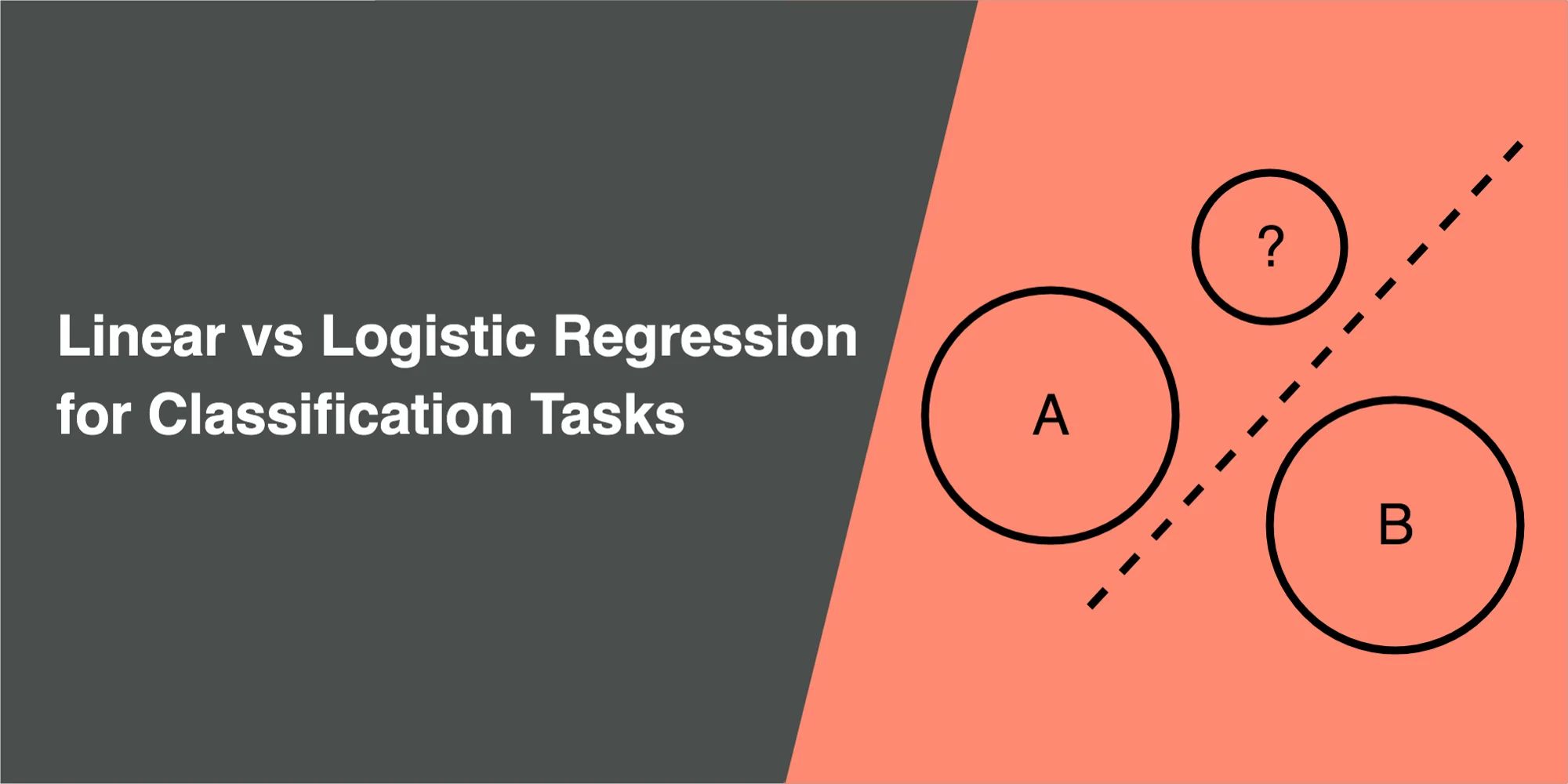 Supervised learning is an essential part of machine learning. That is a task of learning from the examples in a training dataset, by mapping input variables to the outcome labels, which then can be used for predicting the outcome of a new observation. Examples of supervised learning classification tasks are: 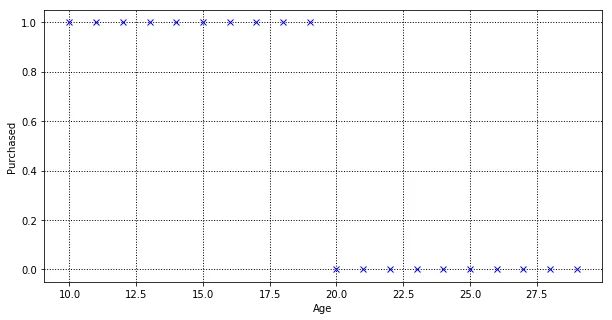 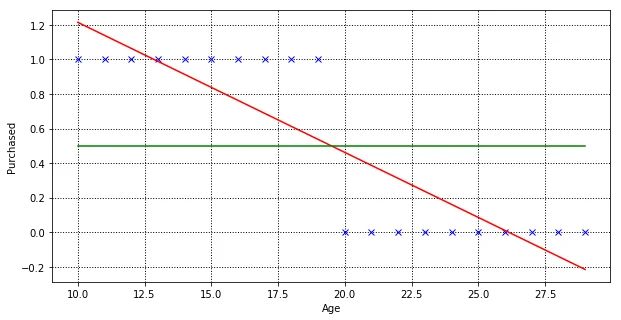 To use this model for prediction is pretty straight forward. Given any age, we are able to predict the value along the Y-axis. If Y is greater than 0.5 (above the green line), predict that this customer will make purchases otherwise will not make purchases.

In a binary classification problem, what we are interested in is the probability of an outcome occurring. Probability is ranged between 0 and 1, where the probability of something certain to happen is 1, and 0 is something unlikely to happen. But in linear regression, we are predicting an absolute number, which can range outside 0 and 1.

Using our linear regression model, anyone age 30 and greater than has a prediction of negative “purchased” value, which don’t really make sense. But sure, we can limit any value greater than 1 to be 1, and value lower than 0 to be 0. Linear regression can still work, right? 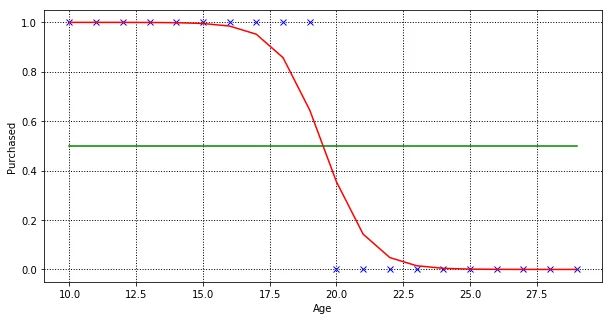 Now we have 2 models trained on the same dataset, one by linear regression, and another by logistic regression. We can compare both models performance by using root mean squared error (RMSE) and the coefficient of determination (R² score).

From the metrics, logistic regression performed much better than linear regression in classification tasks. Like how Cassie Kozyrkov quotes it:

Neural networks may as well be called “yoga networks” — their special power is giving you a very flexible boundary. 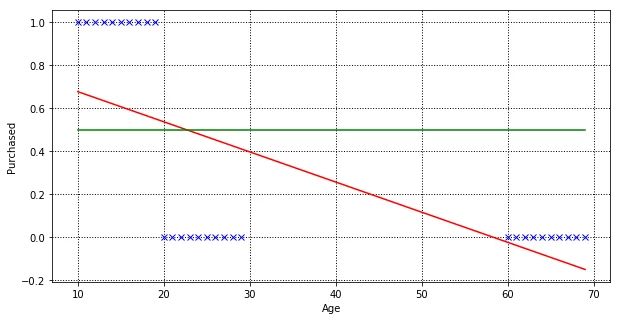 Our linear regression model manages to fit a new line, but if you look closer, some customers (age 20 to 22) outcome are predicted wrongly.

As linear regression tries to fit the regression line by minimising prediction error, in order to minimise the distance of predicted and actual value for customers age between 60 to 70. Let’s train a logistic regression model with the same dataset. 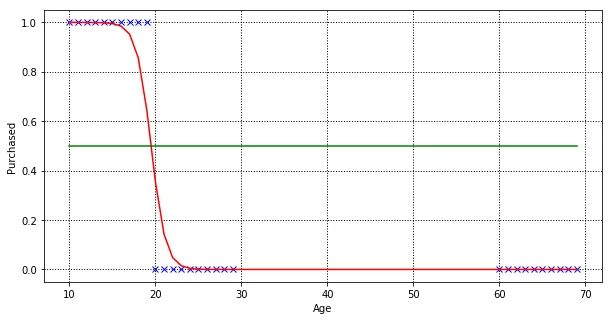 Let’s compare the R² and RMSE again for both models, and you will see that logistic regression does a way better job than linear regression. 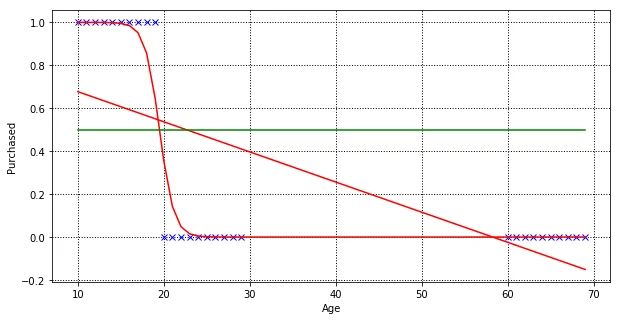 Linear regression is suitable for predicting output that is continuous value, such as predicting the price of a property. Its prediction output can be any real number, range from negative infinity to infinity. The regression line is generally a straight line.

Whereas logistic regression is for classification problems, which predicts a probability range between 0 to 1. For example, predict whether a customer will make a purchase or not. The regression line is a sigmoid curve.

Check out the codes used in this article in this notebook.